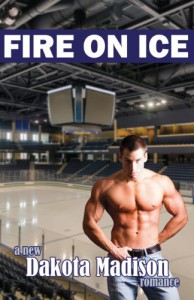 Kian Kavanagh is the center the Firestorm, a new professional hockey team in Northern Arizona. He has his choice of women but is intrigued by the college girl who is studying at the local bar.

Taylor Thompson was traumatized by her high school hockey player boyfriend. She hasn’t dated anyone in the three years since they broke up concentrating on her major.

The two seem like an unlikely couple but can they deny their attraction for one another?

I loved this book. Dakota Madison did a spectacular job in describing Kian and Taylor’s emotions. Her primary and secondary characters are multidimensional giving the book a remarkable and believable story.

I read this book in one sitting and did not want it to end. I was so glad that there is a sequel, The Playmaker.